Loyal Transistor listeners will remember astronomer Michelle Thaller, who hosted three episodes for us early in 2015. She’s back, now with her own monthly podcast from PRX called Orbital Path. It’s all about stars, the universe, and us — for space lovers or just the curious.

The debut episode features the infamous Phil Plait of Bad Astronomy, as Michelle and Phil talk about why aliens get the credit for almost everything unexplainable. And episode two is in the works with another guest you won’t want to miss.

Enjoy the show — and get links to subscribe to Orbital Path here. 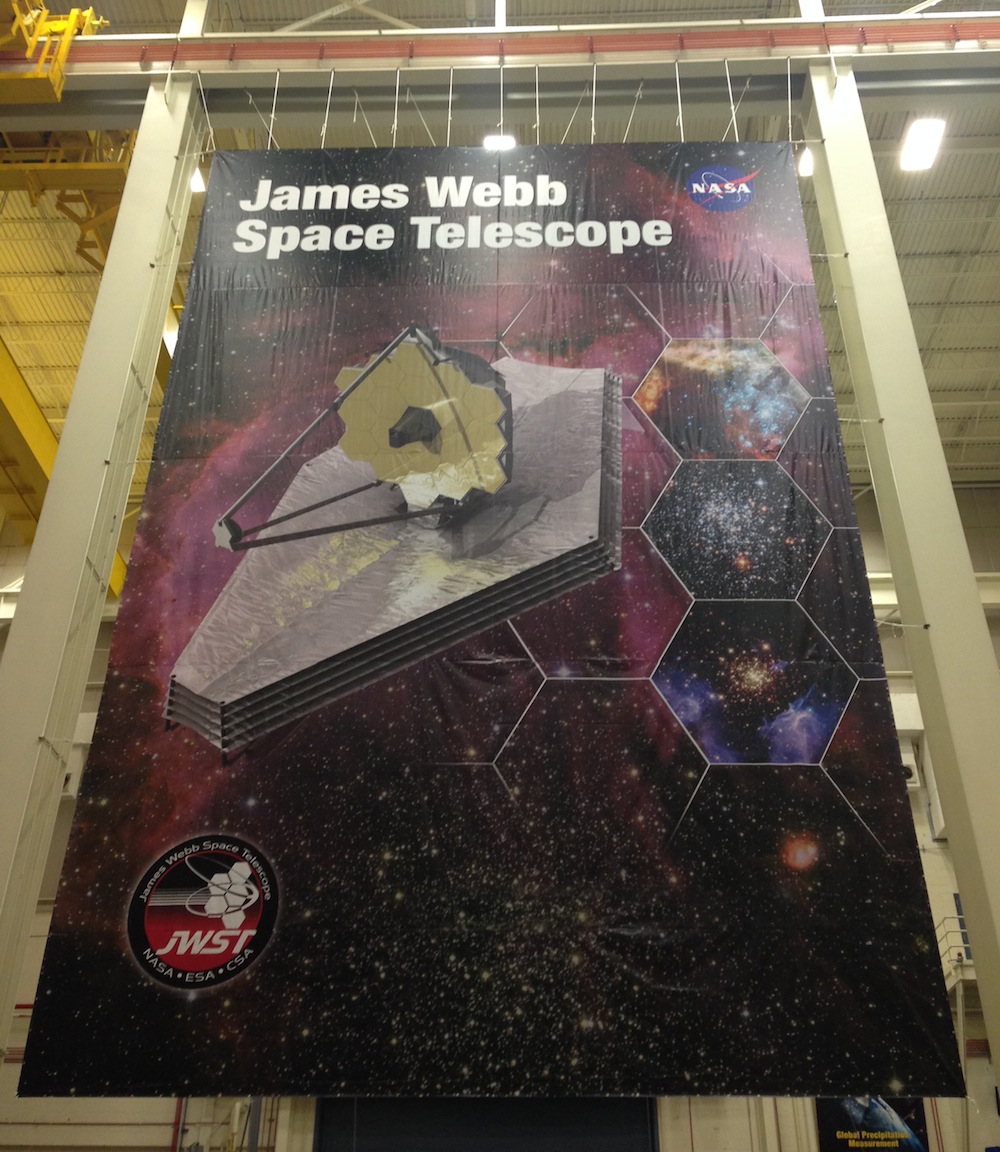 Looking through a telescope is like being inside a time machine — you are seeing light from the past. And some space telescopes allow astronomers to see light that is billions of years old and existed before there was an Earth or sun. Astrophysicist Michelle Thaller introduces us to scientists who started two of the most powerful telescopes, the Hubble, which launched 25 years ago, and the James Webb Space Telescope, being built right now.

Dr. Michelle Thaller speaks with Nancy Grace Roman, the first Head of Astrophysics at NASA, about how she got interested in the stars and her time working at NASA on the Hubble Space Telescope.

Then, Dr. Thaller meets with Jane Rigby, Deputy Operations Project Scientist for The James Webb Space Telescope, the next generation of space telescope, launching in 2018. Its mirror will be seven times the size of Hubble’s and will help astronomers see farther than they’ve ever seen before. Here are some photos of their visit:

Drs. Michelle Thaller (L) and Jane Rigby look into the clean room where NASA is building the James Webb Space Telescope. This six-story room is the largest clean room in the world.

Drs. Jane Rigby (L) and Michelle Thaller gaze up at a giant piece of machinery at NASA’s Goddard Space Flight Center that will be used to test the James Webb Space Telescope before its launch in 2018.

Space scientists are acutely aware of what can happen when climates change in other parts of our solar system. Take Venus, where it rains sulfuric acid and is 900°F on the surface, but it wasn’t always that way. Astrophysicist Michelle Thaller talks with a NASA expert on Venus about how it became a hellscape. And she talks with the Library of Congress’ inaugural chair of astrobiology about how to grasp this new geologic era where humans cause rapid change.

Lori Glaze, the deputy director of the Solar System Exploration Division at NASA, studies Venus. Here are some fun facts about the planet often called the Morning Star:

David Grinspoon is a senior scientist at the Planetary Science Institute and a Distinguished Visiting Scholar at the Library of Congress. He’s also plays music in the House Band of the Universe.

Check out one of his band’s performances at the Denver Museum of Nature and Science.

David’s music is also featured in this episode of Transistor.

This episode was produced by Lauren Ober. Mix and sound design by Whitney Jones.

We’re closer than ever before to discovering if we’re not alone in the universe. The host for this episode of Transistor, astrophysicist Michelle Thaller, visits the NASA lab that discovered that meteorites contain some of the very same chemical elements that we contain. Then, Michelle talks to a Vatican planetary scientist about how science and religion can meet on the topic of life beyond Earth.

Astrobiologist Danny Glavin works at the NASA Goddard Center for Astrobiology. Here are some of those “mad scientist machines” from the lab.

This nanoelectrospray emitter is used by the lab to analyze very small samples. It gives sample molecules an electric charge, then transfers them to a mass spectrometer, which identifies the molecules by their mass.

This episode was produced by Lauren Ober and edited by Katie Davis. Mix and sound design by Whitney Jones.